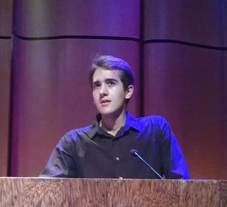 Child Sexual Assault (CSA) is epidemic, with family members being the most common perpetrators of this serious crime. California led the way by removing the “incest loophole”, which had effectively let family perpetrators off the hook.  Convicted familial perpetrators are now punished the same way as extra-familial, however, most cases do not make it to prosecution.

California now has the opportunity to help solve the even more common and harmful constraint on protecting children: the inability to prosecute due to evidence of sexual abuse by a family member rarely meeting the high criminal burden of proof.

Wendy Murphy, former sex crimes prosecutor and author of “Justice for Some”, has written Damon’s Law, which is named after a California boy, one of thousands, who was failed by the system. Legislative language was generated during the 2015 legislative session by Senator Corbett.
​

Due to the unique nature of the crime, there is rarely enough evidence in familial CSA cases to meet the high criminal burden of proof: beyond a reasonable doubt. Because of this, cases are shunted into the family and juvenile court systems, which do not have the powers, expertise or desire to properly investigate or adjudicate sexual assault. The result is that children continue to live with perpetrators who continue to assault them on a regular basis.

Victims often suffer mental illness, abuse drugs and/or commit crimes, including victimizing other children. This impacts society negatively and costs billions of dollars dealing with the fallout. If we prevent the crime, we can save much more money than it will cost to implement this effective solution.

Damon’s Law provides for proper investigations of familial CSA cases, but also, more importantly, for the jury to have the option of deciding on the lower civil burden of proof: preponderance of evidence.  If the criminal burden is not met, the jury will make a finding by preponderance. If only preponderance is met, the perpetrator would not be convicted, but an order of protection would be issued for the child.